When it comes to licensing software that is installed on an end user’s device, one of the most secure approaches that we can take as software developers, is to generate and subsequently validate a digitally signed license.

With this approach, a cryptographically secure public/private key pair is created that is specific to the software being developed. This key pair, along with a passphrase, is then used to sign licenses that are issued to clients with a unique signature. The licenses are typically generated automatically on the server-side via a remote web service, or via an admin application that only the software vendor has access to. The software that is being licensed will usually check the license file/key on start-up (and often periodically while the software is running) to ensure that the license signature is valid according to the public key.

One of the primary benefits of signed licenses is that once they are issued they cannot be altered by the client without invalidating them. As a result, we can trust that the data contained within the license has not been tampered with.

When developing .NET applications, we have several options to choose from that help make it easier to generate and validate signed licenses for our software. The one I am covering in this article is the Standard.Licensing library.

Standard.Licensing is a project written in C# that has been forked from a once very popular project named Portable.Licensing.

Standard.Licensing uses the Elliptic Curve Digital Signature Algorithm (ECDSA) to cryptographically sign licenses. Signing a license guarantees that any attempts to tamper with the license after it has been issued will render its signature invalid.

The concept of signing is fundamental to the security of the licensing solution that Standard.Licensing provides. It allows us to embed information within a license, such as purchased software modules, that we can trust implicitly due to the digital signature.

In the sub-sections that follow I will guide you through how to use Standard.Licensing in your .NET application.

Before you can start issuing new licenses and validating the same, you’ll first need to generate a public/private key pair, as demonstrated in the following code sample.

The above code uses the static KeyGenerator.Create method to create a KeyGenerator object instance. The GenerateKeyPair method is then used to generate a KeyPair object.

Please be sure to update the passphrase to your own unique value.

Note that in a production application I recommend storing the passphrase and private key as configuration secrets on the server-side of the licensing solution.

It is very important that the private key and the passphrase that is used to generate it are never distributed to the user and should never be included in the source code of the client-side application.

With that cleared up, let’s move on to creating a license using the keys that we have generated.

Standard.Licensing allows us to create licenses in a fluent manner by chaining together methods that return the ILicenseBuilder interface, as shown below.

The above code creates a license with a unique GUID identifier by passing the result of the Guid.NewGuid method into the WithUniqueIdentifier method.

An expiry date is configured for the license using the ExpiresAt method. In this case, the license will expire after 30 days have passed. This is entirely optional and you are free to create licenses that never expire.

Note that you can also create a trial license by adding a method call to .As(LicenseType.Trial).

The WithAdditionalAttributes method accepts a Dictionary with string keys and string values. As the name suggests, this method can be used to add additional attributes that will be stored as part of the created license. These attributes can then be used to perform specific checks when validating the license later.

The LicensedTo method is used to store information regarding the user to whom the license has been issued. It is possible to set the user’s name, company name, and email address, if required.

Lastly, the CreateAndSignWithPrivateKey method is used to finalise the creation of the license and sign it using the specified private key.

When serialised, licenses created by Standard.Licensing are represented as XML.

Following on from the code in the previous sub-section, we can use the ToString method on a License object to obtain its XML representation as shown below.

The output of the above code is as follows.

As you would expect, since the license format is XML, it is also straightforward to save the license to an XML file, as per the following code sample.

Another option for storing the license is to encode its XML representation as a Base64 or Base64 URL encoded string.

By using this approach, you can treat the license more like a license key as opposed to a license file. This can work well for lots of scenarios, for example, you could store the license in a text-based column in a database and/or pass the license key to and from a licensing server via HTTP.

Note that you’ll need to add an appropriate using statement for the namespace that wraps the Base64UrlEncoder class.

The output of the above code is as follows.

The above string is 568 characters in length, which while long, is more than manageable for both storage and transport across the wire where required.

To load from a file you can pass a Stream or XmlTextReader object instance to one of the static License.Load method overloads, as shown in the code sample below.

To load from an XML string that has been Base64 URL encoded, use the code below.

Note that the code above assumes that there is an existing variable in scope named licenseKey which contains the license encoded as a Base64 URL encoded string.

Once the license has been loaded by the client-side application, you will need to validate it before allowing users to access your software package.

Below is an example of how to validate the license that was previously created in the Creating a license sub-section.

The above code uses the Validate method to start the validation chain and demonstrates how to validate a license that has a built-in expiration date by adding a call to the ExpirationDate method.

Other checks are added by calling the And method, followed by the method related to the check to perform.

The signature of the license is checked by calling the Signature method and passing in the relevant public key that is associated with the license.

Note that it is ok to distribute the public key for the license along with the client-side application. The public key is non-sensitive data and needs to be accessible to validate the license properly.

The AssertThat method is used to perform custom validation logic on attributes of the license such as its Type, Quantity, and ProductFeatures properties. In the above code, the value of an additional attribute named ‘DeviceIdentifier’ is checked to ensure that the current device identifier matches the device identifier stored in the license file.

Lastly, the AssertValidLicense method is called to complete the license check and returns a collection of validation failures which can be inspected. If any validation failures occur, the application should inform the user that their license is invalid and either prompt for a license file/key or exit.

Standard.Licensing is a great little library for creating secure licenses that cannot be altered without corrupting the signature of the license, allowing the licenses to be safely stored on the client side.

However, client-side security is a hard problem and it is not possible to fully protect applications that require licensing based on client-side checks alone.

If you want to increase the security of your application further in regards to licensing, you may want to consider combining the usage of signed licenses created by Standard.Licensing with remote license checks.

At a very high level, this would involve creating a licensing server API that implements endpoints to check and renew licenses. Such a server could connect to a database holding the details of customers and/or devices that are currently licensed, providing you with a way of validating that only users who have been issued a license from your server can use your software.

By using the Base64 URL encoding described previously, licenses with a built-in expiry date could be transferred to the client easily and could be used to validate that the client has a valid license in cases where the client is offline for a period. Stale licenses could then be renewed once the client is back online again to renew the offline grace period.

In this article, I have documented how to use the Standard.Licensing library to create, save, load, and validate signed licenses.

I started by directing you to the relevant NuGet package and then looked at how to generate a public/private key pair which can be used to create secure licenses that cannot be tampered with.

After creating the licenses, I explained how they can be saved to different formats and loaded again when needed.

Finally, I demonstrated how to validate licenses and discussed some additional considerations that could help to make the licensing of your software more robust, depending on your particular security requirements. 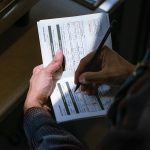 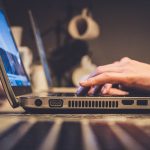 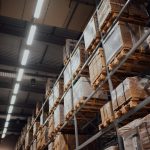