How to generate a random string with C#

On occasion, during day-to-day programming, the problem I am working on requires the generation of a random sequence of characters.

For example, when dealing with some sort of account entity, the account might require a unique account reference to be specified upon its creation. Considering this scenario, it would be inconvenient for the end-user to have to conjure up a unique reference for each new account.

In this article, I present a concise solution to this problem and explain how it works.

Conceptually, there are three key things to think about when designing the solution and they are as follows.

The implementation I have included below creates an alphanumeric string consisting solely of upper case characters and numbers.

Here is an example of the output produced by the above code.

As you can see from the code snippet, the local chars constant holds the set of possible characters.

Depending on the use-case, and if a more random string is required, the code could be amended to support other characters by appending them to the chars variable.

An instance of the Random class is used to pick a random number for the index position to select from the string of characters.

As a side note, it is important to be aware that the Random class in C# is not truly random. The seed that is used by the Random class when generating random numbers is based on the system clock. If you need to generate random numbers for a security-critical section of code, consider using the RNGCryptoServiceProvider class instead.

Next, let’s consider how the random characters are actually retrieved from the string.

Note that Range is another example of a non-extension method.

Repeat accepts a generic element argument and an integer count parameter and it returns an IEnumerable collection of the specified generic type.

Lastly, the resulting collection of randomly chosen characters are passed to the string constructor which combines the characters into the final string.

There’s quite a bit going on for such a small amount of code. That’s the power of LINQ!

If need be, the code could be extended to check a datastore to ensure that the string is unique before returning from the method.

To implement this we could perform a lookup to check if there is an existing account entity with a reference that matches the randomly generated string. If a matching account exists, we would then generate a new random string and do a further lookup.

The above steps would need to be carried out in a loop (preferably with a loop limit) until we have determined that the string is unique. 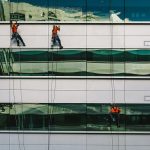 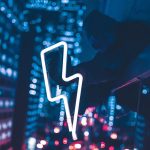 Hi there, the answer to your question will depend on a number of different factors such as what datastore and ORM library you are using. Do you use Entity Framework? I can send you a message with some sample code once I know the answer to this.

Thanks for a well explained solution!
This let me away with generating a one time only password for user creation / reset.