How to dynamically load different versions of an assembly in the same .NET application

Have you ever come across the need to use more than one version of an assembly within the same .NET application?

Assembly loading can be a somewhat tricky subject when there are multiple versions of the same assembly for a .NET application to choose from. This can result in problems for both static assembly references whenever the references are being resolved, and also when attempting to load assemblies dynamically due to nuances in how assemblies are loaded at runtime.

In the sections that follow I will be focusing on how to dynamically load different versions of an assembly into the same .NET process at runtime. I demonstrate how to achieve this in both .NET Framework and .NET Core / .NET 5.0+ applications.

Before moving on to dynamic assembly loading, I want to briefly cover problems and solutions to some of the issues that you may encounter when different projects within your application solution are referencing different versions of the same assembly.

NuGet packages are a great way of adding library references to your projects and keeping those libraries up to date, but complex dependencies between packages can result in reference issues cropping up in .NET Framework applications.

While it is a great JSON serialization library, if you’ve ever used Newtonsoft.Json, you’ll more than likely have seen the following error message appear from time to time whenever you try to run your application.

System.IO.FileLoadException: Could not load file or assembly ‘Newtonsoft.Json, Version=13.0.1.0, Culture=neutral, PublicKeyToken=30ad4fe6b2a6aeed’ or one of its dependencies. The system cannot find the file specified.

Whenever you need to ensure that a specific version of an assembly is loaded by your application, the .NET Framework offers a number of mechanisms to help you do this. The most common mechanism is binding redirects.

For a .NET Framework application, an error message like the one shown further above can usually be resolved by adding a binding redirect as follows within the configuration element of your app.config file.

The above bindingRedirect element is essentially saying that when our application is trying to resolve a reference to the Newtonsoft.Json library it should use version 13.0.1.0 of the assembly if a project is referencing an older version such as version 9.0.0.0.

If we want to load a .NET assembly dynamically at runtime, the Assembly class provides us with a number of static methods, as follows.

Most of the above methods have several overloaded versions available, providing a lot of flexibility.

As an example, we can use the LoadFrom method to load an assembly from a specific file path.

Although we are now dynamically loading the assembly at runtime, the problem is that once we have loaded a particular version of an assembly there isn’t a straightforward way to ‘unload’ it. This prevents us from loading a different version of the assembly into our application.

By default, we can’t load two versions of the same assembly side-by-side either.

As stated in the previous section, by default, we can’t load multiple versions of the same assembly in a .NET application.

However, the .NET Framework has a trick up its sleeve that can help us; meet Application Domains.

Every .NET Framework application exists inside a process that is made up of one or more Application Domains.

This is a very powerful concept and is best explained with an example, as shown below.

Finally, the Application Domain is unloaded when we are finished to free up resources.

The AssemblySandbox class is a custom class containing the code which is to be executed within the context of the separate Application Domain, and it is defined as follows.

The key thing to note in the above example is that the AssemblySandbox class inherits from the MarshalByRefObject class. This is what allows us to safely carry out work within the separate Application Domain and pass results across Application Domain boundaries.

Within the DoFunction method, the assembly that we wish to load into the separate Application Domain is loaded. The type of class we wish to use from within the assembly is then identified by its fully qualified name.

Note that you will need to update this code with the fully qualified name of the type you wish to target. There are different ways of getting the type that you need using Reflection. For example, instead of referring to a specific class, you could instead search for a class that implements a particular interface.

An instance of the class we have specified is then created using Reflection and a method is called dynamically on the object instance.

Finally, the result of the dynamic method invocation is passed back to the caller.

The code blocks shown in the previous sections are intended to be simple examples to illustrate the point. It’s possible to imagine many different scenarios for things that you could do within the isolated context of an Application Domain.

If you are using .NET Core, the code shown in the previous sections will not work.

The following exception will be thrown if you try to create an Application Domain within a .NET Core application.

System.PlatformNotSupportedException: ‘Secondary AppDomains are not supported on this platform.’

However, thankfully there is a much simpler way to achieve a similar result with .NET Core by using Assembly Load Contexts.

Below is an example of how to use an Assembly Load Context to dynamically load an assembly into a separate context from the assemblies that are loaded as part of our main application.

The above example follows a similar pattern to the Application Domain example that was shown in the previous sections.

An instance of the AssemblyLoadContext class is created and is unloaded when our work has been completed.

However, the code in between is greatly simplified.

We can use the LoadFromAssemblyPath method on the AssemblyLoadContext object to dynamically load an assembly without having to deal with the complexities of Application Domains, ‘Marshal By Ref Objects’, and the associated boundaries that are imposed.

In short, Assembly Load Contexts offer the same benefits of isolation that Application Domains previously provided and there is much less ceremony involved in creating a new context and loading assemblies into it.

I’m sure you’ll agree that the .NET Core approach is much simpler and takes away much of the fuss associated with managing separate Application Domains.

In this article, I have discussed static and dynamic assembly loading and some of the associated problems with both.

I’ve demonstrated how to dynamically load different versions of the same assembly into a .NET Framework application by leveraging the power of Application Domains.

In closing, I highly recommend using .NET Core for new development. It features many improvements to assembly loading, and features like Assembly Load Contexts are a most welcome addition. 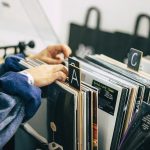 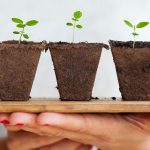 Getting started with MongoDB queries

AssemblyLoadContext doesn’t take care of loading dependent assemblies automatically, but it is possible to achieve what you have described by loading the dependent assembly into the load context before trying to use types in the first assembly.

See the ‘Manually Loading Assemblies’ section of this Jeremy Bytes blog post for an example. Change AssemblyLoadContext.Default to an instance of the load context you want to load the assemblies into.

I hope this helps!

Hi Jonathan,
How to we configure this in .Net 5 appsettings.json file?
-Gopi

Would you be able to clarify your question a bit further for me, are you asking how to configure binding redirects for .NET 5 applications?